The city of Venice has imposed its first ever ban on motorboats, launches and barges on one of its main waterways.

Almost all the usual traffic was cleared from the Grand Canal for several hours.

The aim was to draw attention to the city’s environmental problems, and help make the case for more ecologically-sound forms of water transport.

“This initiative is to raise awareness of the pollution and promote the use of electric or hybrid boats,” said a council spokesman.

Down through its history Venice has sometimes been called “La Serenissima”, meaning the “most serene” one.

The name conjures the perfect image of the place; beautiful old palaces standing in the calm of the city’s canals.

But the day-to-day reality of life in Venice can be a little less than serene. Around 7,000 small craft are registered to use its waterways.

They are an essential part of the private and commercial lives of many Venetians, but the sound of buzzing, growling, or throbbing engines often fills the air.

The boats and barges pollute the water and give off fumes. At the same time, they create waves that continually slap at the crumbling walls of the ancient buildings that line the canals.

The authorities would like to see a gradual switching to electric-powered craft, or boats with hybrid engines.

According to the council spokesperson, work is being done on studies and initiatives that might make this transition easier. 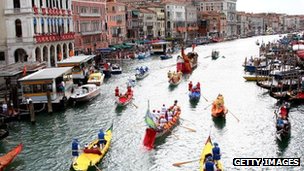 A parade of the kind of environmentally-friendly vessels that the city is trying to promote was to be held on the Grand Canal while it was cleared of other craft on Sunday.

And the idea of the brief ban on traffic on the waterway was welcomed by conservationists.

“It’ll be very nice to have peace and quiet in the centre of Venice, even if it’s just for a few hours,” said Paolo Lamappo, a spokesman for Italia Nostra, which works to preserve the city’s heritage.

He said that Sunday’s initiative should be a “first step”.

“We hope it’ll make Venetians more aware of how lovely the city could be if we insist on boats only with electric power.”

The conservationists say that a particular problem are the two-stroke marine engines that create fumes and smell.

“It comes into the houses along the canals and gets up our noses,” said Mr Lamappo.

“The pollution is making the walls of our houses crumble.”
Read the original post 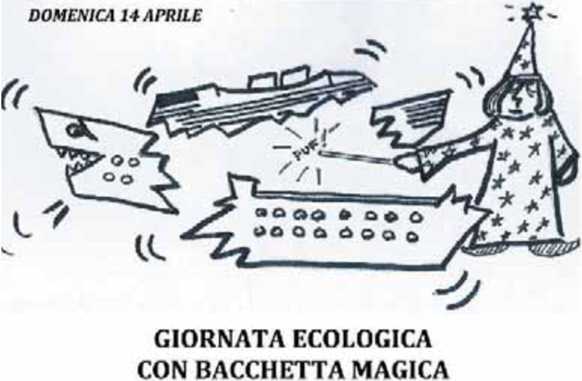