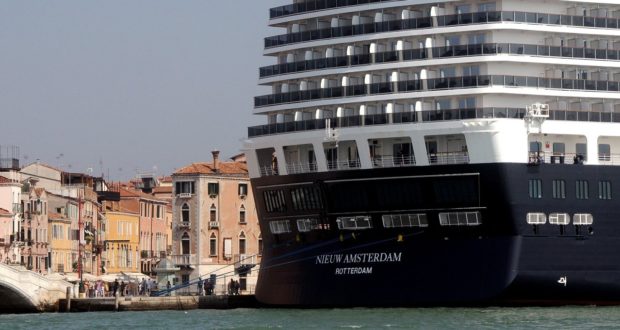 When mass tourism clashes with the “right to the city”

During 2017, International Year of Sustainable Tourism for Development, the impact of visitors has reached such proportions that cities like Amsterdam are considering measures such as raising the tourist tax by €10 a night. The Dutch capital, and many other cities like it, has identified the management of mass urban tourism as one of the greatest challenges it faces.

According to the United Nations World Tourism Organization (UNWTO), tourism generates 10 per cent of global GDP, one in 10 jobs and 30 per cent of international trade in services. But it also generates complex relations between visitors and residents, as demonstrated by George Doxey’s Irritation Index, showing how attitudes shift from “initial euphoria” to “apathy”, then “annoyance” and finally “hostility”. The latter can lead, according to the Butler Model, to stagnation in the evolution of a tourist area, and even to a decline, given the “fragility” of tourist destinations, which need to be “carefully” managed to ensure they do not exceed their environmental, economic and socio-cultural carrying capacity.

Butler warns against the dangers of “overuse and the impacts of visitors” and “paradoxes” such as tourists “destroying what they seek”. It is a scenario that could easily play out on the Spanish islands of Ibiza and Formentera, where the daily population figure on 9 August 2016 reached the highest level in 20 years, according to the Human Pressure Index of the Balearic Institute of Statistics.

Mass tourism is overlapping with other city processes that the New Urban Agenda, which emerged from Habitat III, aims to address. Among them are population concentration – forecast to reach 61 per cent in cities in 2030, according to the UN, an increase in inequalities and exclusion – reflected in the “widening of the urban divide” – and the future of housing. This is the backdrop to the clash between tourism and the emerging ’right to the city’.

Although UNWTO secretary general Taleb Rifai, referred to the protests against the “tourist invasion” in Barcelona and Amsterdam, or the rise of “tourism-phobia”, as a recent phenomenon, the problem goes back a long way.

Venetians, for example, have been protesting against what they call the “tourist assault” on their city for years.

“We feel like the native Americans of the 19th century, banished from our environment, which is what has happened to 100,000 Venetians over the last 60 years,” explains the civic platform Gruppo 25 Aprile.

They also point out that mass tourism brings with it “a lack of job opportunities, which are exclusively tied to the mass tourism industry, with wages that do not allow us to live in the houses of our parents and grandparents”.

Already in 1992, UNESCO warned that the growth in mass tourism was a threat to the Italian city and its surroundings. In 2014, the World Monuments Fund included Venice on its list of “places to watch”, owing to the damaging impact of cruise tourism on its “unique structure”. In 2016, its lagoon was identified as one of the seven most endangered places by Europe Nostra programme, and UNESCO is threatening to withdraw its protected heritage status and to place it on its “endangered list”, which is where the historic centre of Vienna now finds itself, as a result of excessive urban development.

Pushed out of the centre to the periphery

In June 2017, when Barcelona City Council’s half-yearly barometer asked “What do you considers to be the city’s most serious problem at the moment?”, 19 per cent of respondents said “tourism”, for the first time, over unemployment, pollution and corruption. A year earlier, in May 2016, the percentage was 5.8 per cent and by December of that same year it had reached 11 per cent.

The discontent broke out in the summer of 2014 with the first demonstration held by residents of the Barceloneta neighbourhood against an “unsustainable model of tourism”, under the slogan Barceloneta Diu Prou (Barceloneta Says Enough!). According to the local residents’ calculations, there were already almost a thousand “illegal” tourist flats in the neighbourhood. The recently introduced Special Plan for Tourist Accommodation limits the number of spaces to 12,000, mostly located on the periphery, a policy opposed by Plataforma Pro Viviendas Turísticas de Barcelona (Pro Tourist Accommodation Platform of Barcelona), which argued that this unregulated model was reviving rundown areas of the city.

In Madrid, which is the world’s 41st most visited city, the construction of a hotel on abandoned land in the Lavapiés neighbourhood (where social housing was supposed to be built) sparked outrage. For some residents, however, it represented a hope for the 25 per cent of people without jobs, as well as making the area safer.

Various associations denounce the fact that the parts of the city with the most Airbnbs have seen “disproportionate” rent increases and the closure of bakeries and other local businesses.

“When rents become prohibitive, as they did in [the Madrilenian district of] Malasaña, people have to move to another neighbourhood. Those who move in have more purchasing power than those who are forced to move out to the periphery. And the people from the periphery, where do they go?” asks José Inwit, who set up the tenants union Sindicato de Inquilinas e Inquilinos de Madrid, in conversation with Equal Times. This “displacement” has led to a 10 per cent rise in rents on the periphery, explained Guillermo Zapata, a local councillor in Villaverde, at the Cities of Peace Forum. “Tourism in Madrid has gone from being a source of income to being a source of concern,” he added.

Something similar is happening in London, the second most visited city in the world. “Tourism shows that it is attractive and popular, and house prices increase, but I do not think that’s the main problem,” Focus E15 campaigner Saskia O’Hara tells Equal Times. In a city dominated by the service sector (91 per cent), O’Hara explains that “people working in the centre cannot afford to live there, and poor and very expensive transport is making matters progressively worse.”

Speculation, gentrification and touristification are creating a new geographical distribution of wealth and poverty in the British capital, banishing Londoners to traditionally deprived areas like Tower Hamlets, where there are more than 15,000 residents per square kilometre, making it the area with the second highest population density in the United Kingdom.

Just over a decade ago, the Eurofound study on the future of the tourism underlined that this phenomenon would not have been possible without the low cost airline companies and tech firms.

During the month of August alone, the Irish airline Ryanair carried 12.7 million travellers (to the 33 countries where it operates), a million more than in August 2016. Airbnb, a pioneer of what has been termed ‘platform capitalism’, is now considered to be “one of the world’s biggest hotel companies” without owning a single hotel. In New York, for example, it offers 40,000 rooms as compared with the 115,000 provided by all the hotels in the city put together.

In Spain, a world power in tourism, the hotel sector points to these “sharing” platforms and their “unregulated supply” as part of the problem generated by mass tourism.

For Inmaculada de Benito, a representative of the Majorca Hoteliers Federation, the great advantage these platforms have over hotels is that they do not have staff-related expenses, for example.

“In Palma, 2.7 million rooms are being rented to visitors at low prices [by platforms], because their economic and social contribution is much lower than that of our 2.4 million hotel places,” she underlines.

But the situation is more nuanced, as whilst the platforms are clearly making a fortune, partly on the back of their low contribution to the economies in which they operate, the hotel sector, particularly in Spain, has also increased its profits thanks to the shift toward “outsourcing” and more precarious employment, as housekeepers told Equal Times. For ATTAC Mallorca, the job losses seen in August in Spain, the biggest since 2008, are illustrative of “a production model centred on low value added tourism”.

HomeAway manager for Spain and Portugal, Joseba Cortázar, argues that platforms like these are “mere intermediaries” that have given visibility to “something that was already there, globalising a phenomenon, but providing the users with guarantees”.

“When €200 can be charged for an apartment in the centre of Madrid for a weekend, it prevents us from renting it for €600 a month, which is what most people are able to pay with the current wage levels,” denounces Inwit. “Since the real estate bubble cannot be recreated, investors are inflating the rent price bubble, at the expense of our Right to the City.”

“The situation is such that if we do not take action, we will end up living where we don’t want to live,” he concludes.