Appeal to european movements for the defence of territories, environmental justice and democracy

APPEAL TO EUROPEAN MOVEMENTS FOR THE DEFENCE OF TERRITORIES, ENVIRONMENTAL JUSTICE AND DEMOCRACY

For more than a thousand years Venice has been the city symbol of the balance between Man and Nature; its magic comes from and lives in the extraordinary co-penetration of art and nature, stone and water, city and Lagoon. This fragile equilibrium is seriously threatened by the industry of mass tourism, of which the mega cruise ships are one of the worst aspects: over-sized polluting ships, dangerous for the safety of the city which is Unesco heritage. They are floating symbols of the arrogance of multi-national companies and of the corruption of a political class enslaved in the defense of private profit to the detriment of the common good.

But Venice is alive, quite differently from the wishes of the cruise companies, the Minister of Transport, Mr. Delrio, the Port Authorities and the Mayor, Mr. Brugnaro. Thanks to the Committee ‘No Grandi Navi’, the city has been fighting for many years against the passage of these monsters in the Lagoon – and ‘in the Lagoon’ is specifically emphasized – against the hypothesis of excavations in the Lagoon of new canals (imagine the construction of a motorway in a nature reserve.)

Institutional chaos is absolutely total! In these last few years several different projects have been presented which the Committee has opposed in every possible way; all these projects have been rejected by the VIA Commission (Evaluation of Environmental Impact). In spite of this, the Minister of Transport, the Port Authority and the Mayor insist on the presentation of two projects – absurd and devastating hypotheses aimed at keeping the mega cruise ships inside the Lagoon: the Vittorio Emanuele Canal project which foresees excavations so as to double the width and depth of an old canal dated 1925, abandoned more than thirty years ago , to allow the mega cruise

ships to arrive, once again, within the city; and the project of new wharves for the mega cruise ships in the industrial area of Porto Marghera. There is also the hypothesis of a mixture of the two solutions just described.

Both projects would necessitate the excavation of more than six million cubic metres of polluted and polluting mud, the risk of chemical accidents with the passage of the mega cruise ships in zones (Port Marghera industrial area) subject to Civil Defense Plans and the Seveso Directives. Both projects interfere very negatively with the productive activities and the commercial port activities present in Porto Marghera and in the Malamocco-Marghera Canal. Both projects have already been presented in the past and were crushed by an oceanic torrent of negative expert, technical opinions given by several agencies and institutions. Both projects would trigger new and devastating effects in the truly delicate Lagoon eco-system.

The ‘No Grandi Navi’ Committee will oppose this umpteenth shame with all its strength, and – as always – will say Mega Cruise Ships Out of the Lagoon!!

Our Lagoon has already been involved in another useless and devastating Public Work which, moreover, created an unending vortex of bribes, rake-offs and corruption: the MOSE system!

Venice is a unique city, certainly, but at the same time it is a global symbol. We want our city to become the sounding box for two days of all those battles, in Italy and in Europe, which are being fought for the defense of territories, for environmental justice and democratic decisions. Most surely, useless and damaging works exist but also wonderful examples of resistance exist: the battles against the high-speed railway lines, the construction of airports, drilling and the petrol industries, against pollution of the ground, the air and water, against the cementation of the land, the speculative use of earthquakes and other natural disasters, the extraction of coal and the mining industry, and many others as well. The fight, therefore, is real, also for a model of development which keeps in mind climatic justice, for a different idea of society, one based on respect of the wishes of those who inhabit the territory and not on the satisfaction of the appetites of those who only want to exploit and destroy for profit or political return.

On 18th. June 2017 we held a popular referendum, organized by volunteers, which in only nine hours saw the participation of more than 18,105 people – a clamorous success – taken up by national and international media as an example of direct, grass-roots democracy! 17,874 people voted ‘SI’ to the

banning of the mega cruise ships from the Lagoon, and to the banning of new excavations in the Lagoon.

The 23rd. and 24th. September, therefore, we shall be waiting for you in Venice, to meet you, to talk to you, to construct a common strategy, to act and react, because it is from here that a new European cycle of battles will begin.

24th. September, 2017 15.00 – 21.00
Giudecca Canal and canal banks
Action Day! Blockade!
We will block the mega cruise ships! We will demand environmental justice for all the territories of Europe! 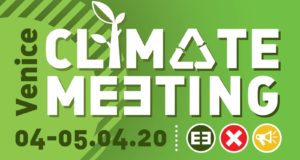 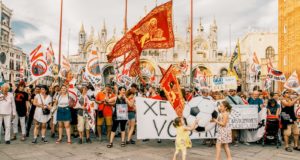 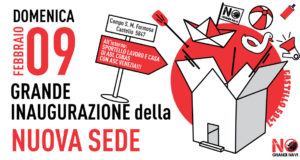 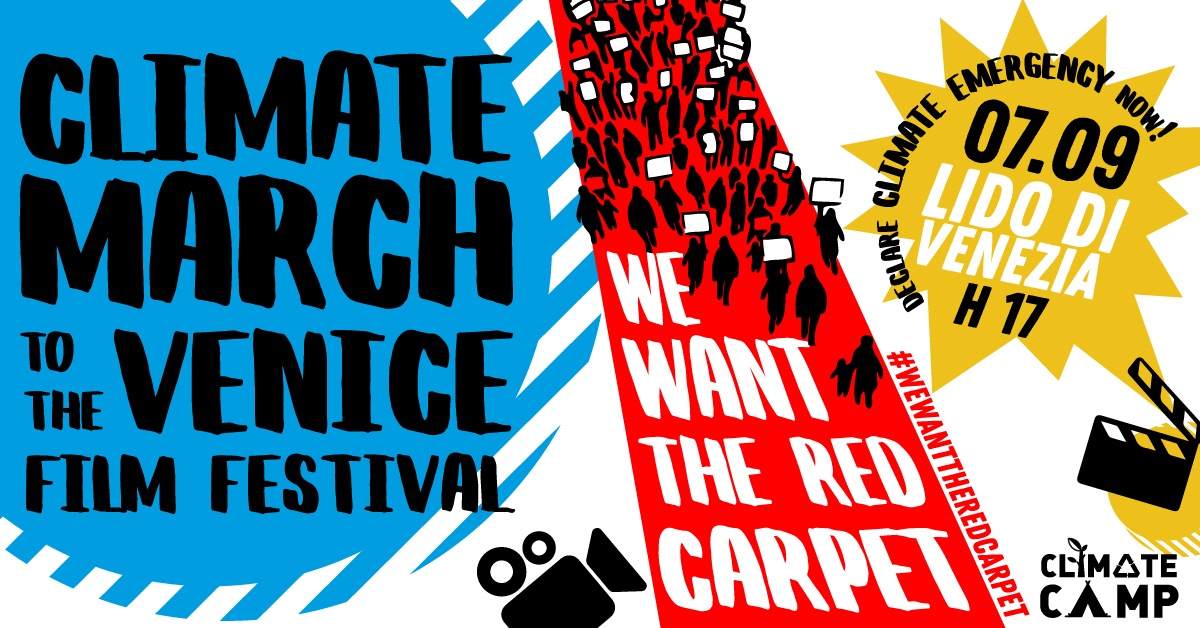